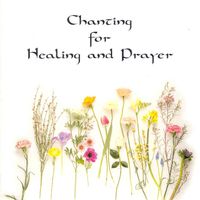 From the recording Chanting for Healing and Prayer

Sanskrit -- 6:04
From the Sri Bramha-samhita

English Translation:
I worship Govinda (Krishna), the Primeval Lord, the First Progenitor, Who is tending the cows, yielding all desires, in Abodes built with spiritual gems, surrounded by millions of Purpose-trees, always served with great reverence and affection by hundreds and thousands of Laksmis or Gopis.

I worship Govinda (Krishna), the Primeval Lord, round whose neck is swinging a garland of flowers beautified with the Moon-locket, Whose two hands ae adorned with the flute and jeweled ornaments, Who always revels in pastimes of love, Whose graceful three-fold bending from of Syamasundara is eternally manifest.

I worship Govinda, the Primeval Lord, Whose transcendental form is full of bliss, truth substantiality and is thus full of the most dazzling splendor. Each of the limbs of that Transcendental Figure possesses in Himself, the full-fledged functions of all the organs, and eternally sees, maintains and manifests the infinite universes, both spiritual and mundane.

I worship Govinda, the Primeval Lord, only the tip of the toe of who Lotus Feet is approached by the Yogis who aspire after the transcendental and betake themselves to pranayama by drilling the respiration; of by the Jnanins who try to search out the non-differentiated Brahman by the process of elimination of the mundane extending over thousands of millions of years.