Welcome to the Music Store!

The photo here is of Paula at her first pro gig as a singer songwriter.  She has written over 200 songs and produced 13 CD Projects and countless student CD projects.

There is a variety of music to choose from here just for you.

She continues to write music and produce songs already written for your listening pleasure. 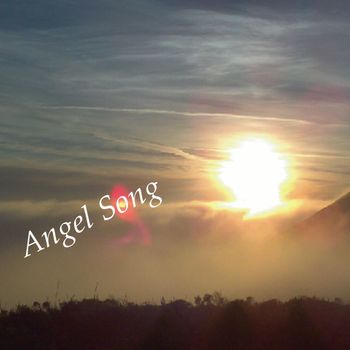 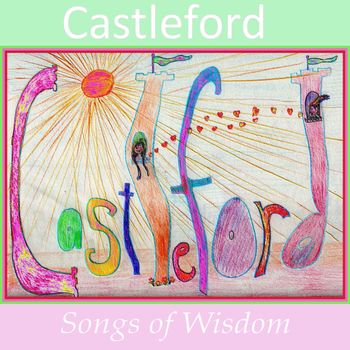 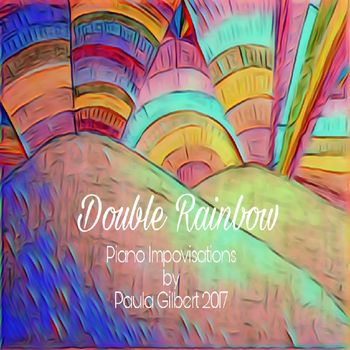 Nothing Planned, nothing written down, just right out of the heart in the hands and onto the keys.

Paula would also like to thank her mom for making her take piano lessons and practice with an egg timer when she would have preferred to play outside.

While Paula was making the Angel Song CD during 2015, she had finished all of her vocals and long periods of time in between harmony recording sessions, so .... in the meantime, she and her husband produced and recorded "Castleford - Songs of Wisdom".

This CD is dedicated to her husband (a Ford man) who helped her to manifest her highest purpose here on planet Earth.

When Paula and Rick got together, he supported her dreams and together they supported each other to be the best humans they could be.

"May the Divine Light of the Universe shine down upon you illuminating your soul to do good things in this world! Blessings upon all your creative projects!" -- Paula Gilbert --

Collection of 16 Songs about Angels. The Songs and Arrangements are by Paula Gilbert. She included songs from over the years beginning in the 1990's when she asked Great Spirit "What would the Angels say if given a voice through my songs?" Paula believes that the answer to her question came through in each of her songs.
She hope her songs bring blessings to all the Earth, Sky, Space, Plants, Animals, Rocks, Waters, Trees, Fairies, Angels, Goddesses, God, Ascended Masters, People, and Places.

This CD was recorded in Paula's Home Studio with her closest friends that she worked with at the Spa. During Paula's "Spa" days, she met Terri Matlock and Colleen Shields. They became buddies and later in 2014 / 2015 helped Paula complete "Angel Song"

Her husband, Rick Gilbert was the Production Manager and helped Paula to complete his personal favorite "When You Get a Moment". He also was the photographer and helped with sound mixing, and filming the after party with the girls dancing around yard in Angel costumes..

Their close friend Keith Miller plays guitar on "Angels Flyin'" and "Hon Sha Ze Sho Nen" which is a song about sending Reiki energy around the world.

The Angel Team hope that you enjoy this CD as much as we do! Love to All!

This album of 19 songs is a tribute to my Latin heritage. Paying homage to my dearly departed Father, Grandfather, and Great Grandfather who all spoke Spanish.... The CD was recorded out in the hills of Sonoma County with Joe of Joe Hoffmann Studios in the Sound Booth. We had the best time recording and mixing after many months of practice and performing with our band - "The Papa Divas". The band was named after Mal Tornay who was the "Papa" of all the "Divas" who played and sang in the band with us.... Beloved Band Members -- Bass: Lori Bilbro, Alex Izarelli -- Drums: Mike Breedlove -- Trumpet, Alto Sax, Tenor Sax, Clarinet: Ken Collins -- Guitar: Lee Chun, Dan Parker -- Steel Pan & Harmonica: George Batoosingh -- Flute: Gary Johnson -- Percussion: Mal Tornay -- Piano: Paula Gilbert, Dan Parker -- Saw: Dan Parker

This CD is dedicated to Courtney Davis of Cloverdale, CA for her courage and strength during in her fight against cancer. The album was produced in 2007 during the last Christmas of Courtney's life by the students, friends and family of Singing Sun Records & Music School -- the name of my music school at the time. We had the best time making jinglers to go along with the sale to support Courtney's family. We had a wonderful performance in a client's Victorian Home surrounded by Loving People as we created a wonderful party for Courtney and ourselves. We topped off Courtney's send off by caroling outside her door at her home. My family had come to my house for Thanksgiving and while they were here, they recorded several tracks on the CD including my Mom's spoken rendition of "Twas the Night Before Christmas" on Track 6.
This is the 3rd of 5 benefit holiday albums created for charitable causes. Thanks to Katie Alexander who had the idea of the 1st benefit album for Hurricane Katrina in 2005 called "Homespun Holidays", these benefit CDs were born.

Chanting for Healing and Prayer

Chanting for Healing and Prayer

Paula Gilbert and the Volunteer Crew

The compilation of 22 tracks brings the world together for healing and prayer during the aftermath of 9/11. As we grieved together in more than one gathering, 34 family and friends recorded multicultural chants in 18 different languages from around the world to celebrate our life of diversity.

This album was made by people who care. People who volunteered their time to come together for their own personal healing and for the benefit of others.

After 9/11, it was the intention of the participants to create a beautiful multicultural benefit album of chants from around the world as a statement of Global Unity.

The first recording session was in a beautiful hillside home near Healdsburg.

Zackary Miller brought his didgeridoo along with Mal Tornay who brought his drums with his daughter Elise. Katy Carrol brought her healing voice & virtuoso piano playing and her husband Mike who added to the vocal team. Tory Rotlisberger brought her vibrant, healing voice and friends Joanna Noble, Karen Wallace and John Faulkner of Healdsburg Performing Arts Theater. Rick Mariana (who let us record in his home) sang with his twin sons Nicolas & Mitchell. Nicolas & Mitchell were the only kids there that first day. Paula Gilbert the producer and director of the day brought her healing tone, improv piano, Husband Rick Gilbert, Mother Pat and Brothers Karl with his daughter Crystal and Rodney with his Wife Bethany.

This was the crew that began the Chanting for Healing and Prayer album. We all came together in hopes of creating a statement that says -- "We all want to get along - We want the world to get along - and we know this is possible."

The adventure of creating this album continued with several other recording sessions adding more cultures and more voices.

The next set of recordings were done in Occidential at Joe Hoffman's Studio.

A Few Moments in Time occurred.....

Then, I met Hansadutta dasa and after getting to know one another, we had a big party at our home to "rehearse" the chanting. Then we traveled back to Joe's to finish the CD.

Hansadutta spent time with The Beatles in the 60's when they were in India learning about Krishna.

The final recording session was done by Paula Gilbert with her beautiful, healing rendition of the Shiva mantra in Sanskrit.

Volunteer Vocalists/Instrumentalists: Everyone on the Album

Special thanks to Rick Gilbert for his everlasting support.

Be the peace you want to see in the world.